This year’s Web Expo Guildford (WXG 7) was an exciting event, packed with excellent speakers and attendees – and even a few surprises. Being a technology company based in Guildford, it only made sense for us to attend 😉

After enjoying a full-spread breakfast, the event kicked off with Gavin from Kyan giving an intro to what WXG is all about, after which Robert from Wirehive took over to be the host for the day (and an excellent one at that).

The rest of the day involved listening to a series of very interesting speakers, who shared their stories of how they are doing some good in the world (using technology). I can’t do their talks justice in this short post, but let me highlight a few nuggets that we heard about. 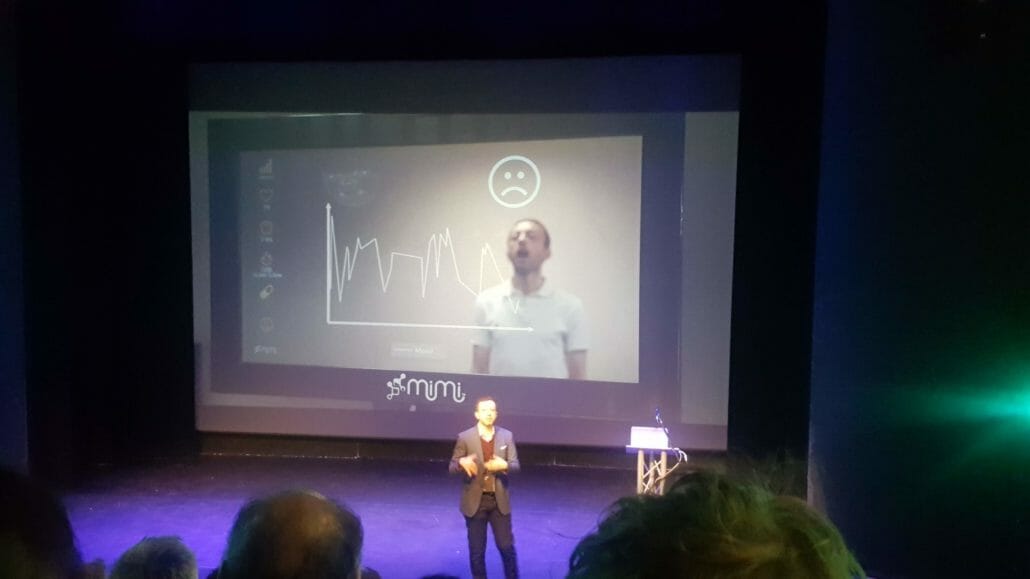 Dr Tamer Shahin from mimitec shared his company’s development: a smart mirror which can learn your behaviour and monitor it to pick up subtle cues that hint at deteriorating mental health. The subject of mental health is very topical and with many of us knowing people who suffer from mental health issues, it is a widespread issue and often goes unnoticed. How cool is it that a mirror can evaluate your appearance and even monitor your heart rate to raise a flag for an expert to look into? 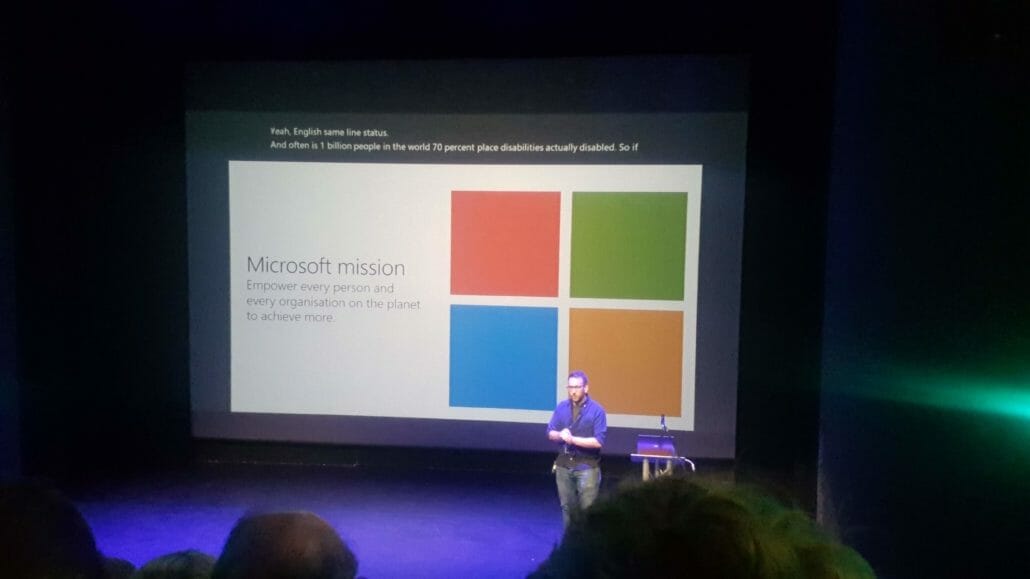 Steven Woodgate from Microsoft at WXG 7 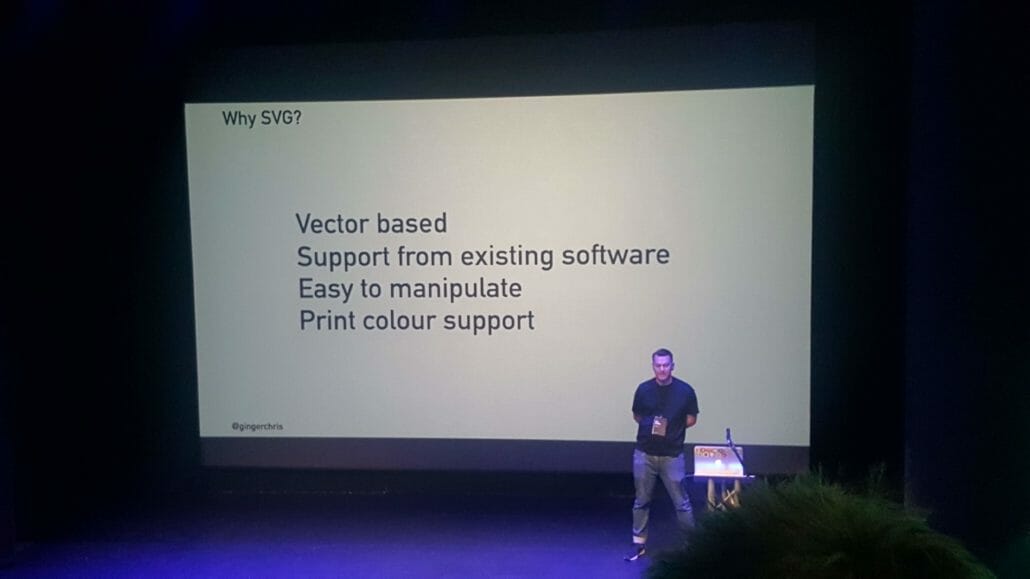 Chris Dowling from Unmade at WXG 7

One of the most interesting speakers was Chris Dowling from Unmade – a fashion brand. Chris’ talk was titled “Saving the world with SVGs – but he wasn’t wrong. He and his team have developed a fantastic web-based platform that allows their customers to design their own team sportswear, which can be sent to printing machines and the fabric gets printed and stitched exactly how the customer wants it. It doesn’t sound like much, but when factoring in the reduced setup times and taking away the need to print 1000s in stock to maximise efficiency, it all adds up and contributes to reducing a lot of waste.

It wasn’t all just neat tools and products though; Chris Todhunter from Studio Republic shared how his company, a small design agency, decided to go green and has since made it part of their company’s identity. Every decision is made considering the impact it has on the world, society and the planet. Chris is one of the bold businessmen who will turn down a client, if the project is related to anything that contributes to harming the planet.

Daniel Harvey from The Dots Global also used the stage to bring awareness, but this time on the negatives that technology can bring and how to counter them. From social media scandals, to data leaks, to kids getting exposed to things they really should not be, Dan’s talk was an eye-opener. My favourite talk of the day, you can read more about it on his Medium post on the same subject.

We also got to hear about how the World Wildlife Foundation has used technology to raise awareness about conservation efforts, and even produce a nature series released exclusively on Netflix: Our Planet (narrated by none other than Sir David Attenborough). We also got to hear how technology is bringing good change to the sports industry ,from Rebecca Hopkins from Sports Technology Awards; where one good eye opener was that sports is larger than just the big name clubs and athletes, which are a small drop in the big world of sports.

The event ended with a demonstration by Seb Lee-Delisle, a digital artist and laserist. He talked about arcade games and how those used to have a display which can only be mimicked by lasers; and then gave us a spectacular demonstration of how lasers worked and a re-creation of classic arcade games like Space Invaders! Not really revolving around the tech for good theme, but LASERS! How cool is that?!

All in all, I think it was a fantastic event and all of the speakers deserve a (virtual) shout-out for their excellent talks and the work they do. Kyan and Wirehive did a great job organising this year’s WXG and I look forward to attending it again next year.

Want to join the discussion?
Feel free to contribute!